Multi Monitor Wallpaper just got its biggest update ever.

It isn’t just the best way to do wallpapers with multiple monitors – it’s great even if you only have one monitor!

And I’m trying something new. Multi Monitor Wallpaper is still a paid app ($4.99) – but you can now download it and try it for 3 days completely free.

Please join in the free Beta test to let me know what you think, and help me put the final polish on the new app. 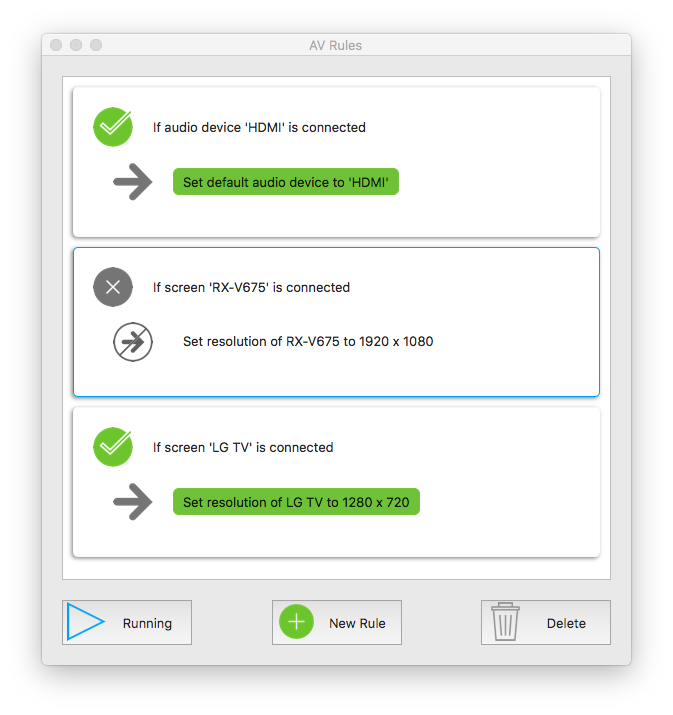 Like many of my favourite apps – this one springs out of an annoyance that I wanted to fix.

If you have used windows, then you may well have used one of the many right click commands in the finder. Some of these are built in, and some are added by third party apps.

Two that I particularly miss are

Mac OS has had the ability to use custom scripts as services – but they’re too far from the right click to be useful (right click, scroll down hover over services, skip right, find the command you need).

Finally – with the advent of Yosemite and finder extensions, Mac OS has an approved way for me to fix this. 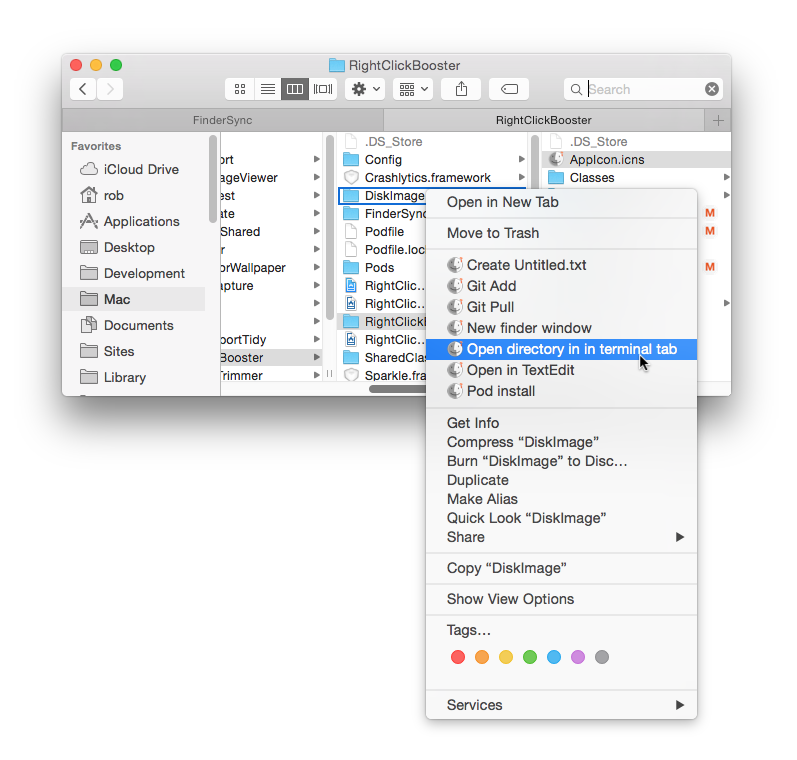 The app sandbox is designed to make sure that apps you download from the App Store can only interact with a limited selection of files (mostly within your own app sandbox).

The app I wanted to build lets you add, open or update files anywhere in the system.

If you want your app to be in the App Store – then it has to use the sandbox!

There is a (clunky) solution

Right click booster is a developer tool, and I wanted developers to be able to integrate their own scripts.

There is actually a way that Apple lets you do this.

Scripts can be run from the User Script Directory (every app has it’s own user script directory).

This seems like a great solution, but the app isn’t allowed to put scripts in that directory.

In my first submission, the app asks the user to open the directory – thus giving permission to the app to read and write files there. Apple didn’t like that.

In my next submission, I included the scripts in a .dmg file. My app can include the .dmg, open it and let the user drag scripts to the symbolic link to the user scripts file. Apple didn’t like that either.

In my final submission – the app takes you to my website where you can download the default scripts (as a dmg). Open that dmg, and install the scripts yourself.

There were many other issues along the way – but finally, Apple have allowed this solution.

Now you can run scripts with a right click

I use my app all the time!

The ones I use the most are Pod Update, and Update version (this runs ‘avgtool next-version -all’ which bumps the version number for all my targets in an xcode project)

My other favourites are the two I built the app for. ‘Open this directory in the terminal’ and ‘Create untitled.txt’ here.

Of course, other users will have other scripts and other ideas.

If they’re generally applicable, then I’ll add them to the default script list – so please do share them at the forum!